Matthew Raghunauth (he/him) is a first-generation queer artist of color and user experience designer living in Philadelphia. He has often thought that his lack of a formal art education would discredit his work. Though through juggling both, he has found that separating his career from his craft has helped him isolate and refine his passions and process. As a painter, Raghunauth uses acrylic and ink to render hyper romanticized images of his life, and those in it. He views moments as if they have already passed, emphasizing memory’s fleeting nature. Describing himself as ‘plagued by nostalgia’ he looks back on his past more fondly than it may have actually been. His paintings represent the mental imprints of his memory. Raghunauth’s thematic focal point has always been that of the people in his life - more specifically the people he loves or loved. Compositionally, his work represents the feelings associated with each subject, each person. He depicts them in the way they occupy his thought and memory - bold, warm, chaotic, or cool. Consistently seeking to progress his art-making process, he recalls a quote his professor once told him, that “it’s like climbing a tall ladder with only a few rungs - you need to take out the rungs below you and put them above you if you want to go further.” For Raghunauth, those rungs represent decisions made in every work, every painting, that even when painted over, provide insight into his next decision. Raghunauth hopes that through his work, he can connect with his community by sharing how he views them. Each painting, to him, is a biography of his subject that he hopes the viewer can comprehend without definition or words.

Community is at the center of this mural. The artist is depicted through the symbolism in this composition. Virgo, Aries, and Cancer symbols are seen in the hands of the nymphs holding them, observing them like treasure. The girls pictured are together, but alone in a field, or in space, or some vacuum, deliberating over their findings. Some look to astrology like a compass, others for daily insight, and others view it as hogwash. But to the artist, the zodiac represents abstract concepts that pique his interest. Astrology is just one way the artist connects to his community, but he is interested in how others connect to theirs, and how he might as well. 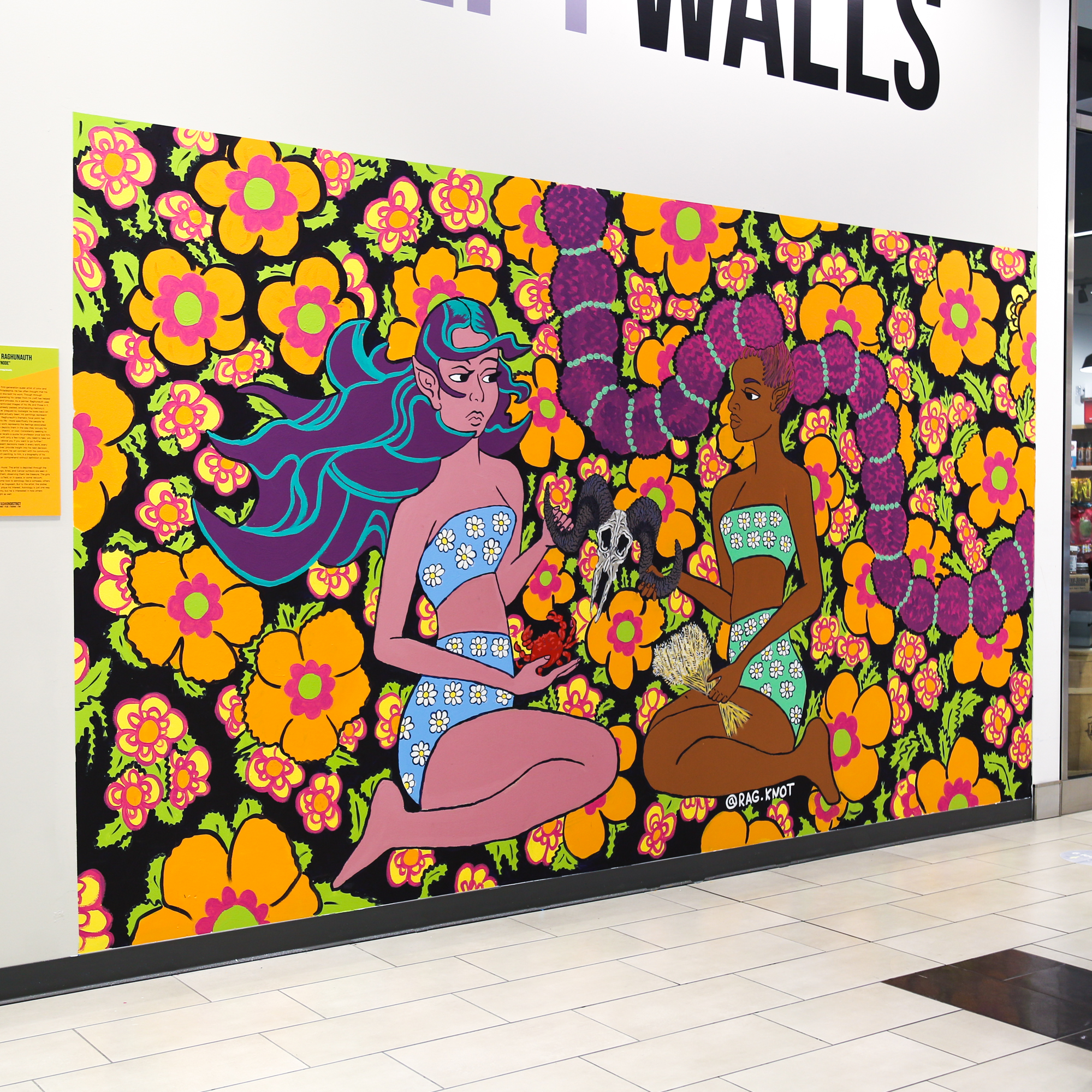